Britain is a nation of football enthusiasts, and when it comes to the Euros, it’s no surprise that life revolves almost entirely around the game for several weeks. Even non-fans can’t seem to peel their eyes away from the screen when the competition kicks up every quadrennial! Though we can’t quite put our finger on it, there’s just something about this recurring championship that manages to unite us all.

So, despite the fact, the games are done and dusted for another four years, and a champion has been revealed, we can’t stop thinking about all the fun that Hog Roast Mullion was involved in throughout the celebrations. From workplace do’s to garden gatherings and everything in between, we had the privilege of catering to all of the exciting events that you lot came up with, which made the highly unusual circumstances of this competition memorable for all the right reasons. 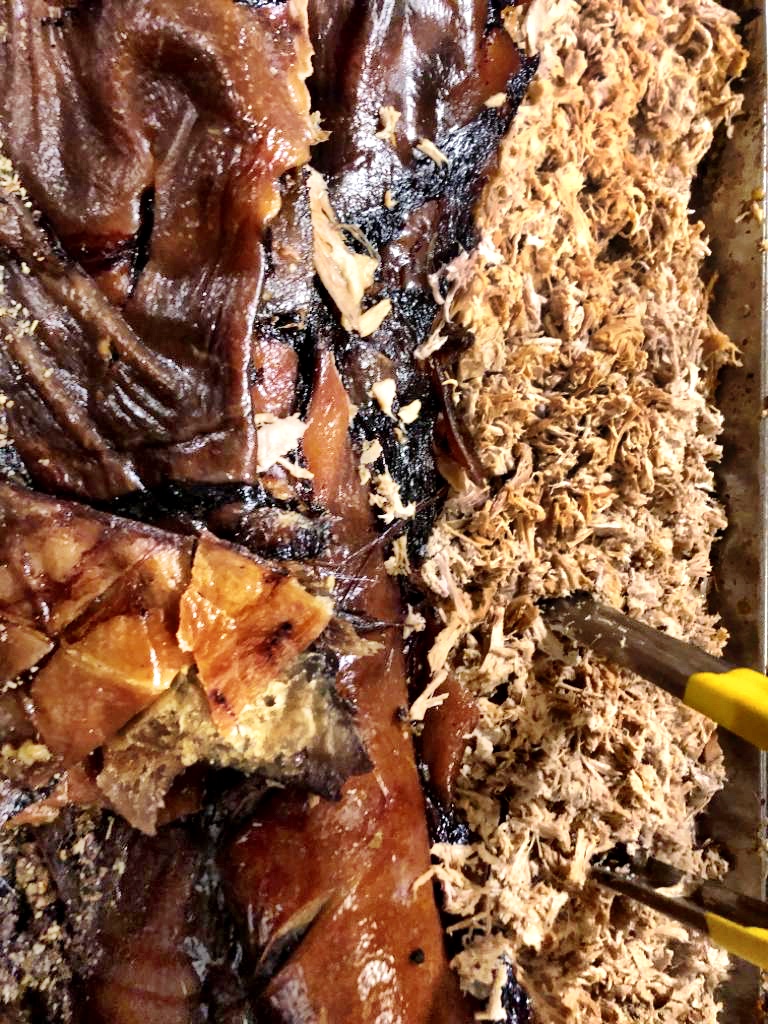 Amidst the tsunami of bookings, we received over those precious weeks was a request from Dave. He had gotten in touch with us at the last minute to organise a Gourmet Delivery for his somewhat impromptu event ahead of England’s face-off against Germany (and we all know how that ended!). And fortunately for him, Hog Roast Mullion had a last-minute opening, which allowed our team to commit to the order.

On the afternoon of the drop-off, Hog Roast Mullion’s catering manager delivered a steaming hot box of freshly-cooked hog roast goodies straight to Dave’s door. And the chosen feast, which included generous portions of succulent pulled pork, gourmet coleslaw, crunchy crackling with lots of air pockets and aromatic sage and onion stuffing, crammed onto gluten-free and wholemeal rolls and served alongside applesauce and refreshing salads, proved perfect for the small get-together the client had organised. We had even included some veggie and halloumi skewers with flatbreads and tzatziki dip as a vegetarian alternative. Dave had been so pleased to see us when he answered the door, dressed to the nine’s wearing a full England strip and grinning from ear to ear.

The following day, we received a glowing review from Dave, who told us the food Hog Roast Mullion prepared was the cherry on the cake for the football result. Score!