The Hog Roast Launceston team were recently hired by Oriel Ministries, a local non-profit organisation who were celebrating their 10th anniversary. The organisation, based on Pennygillam Industrial Estate, wanted to celebrate their success over the last decade with everyone who had been involved. Oriel Ministries selected the ‘loft’ venue to host their anniversary party at and the venue fit the event perfectly, helping to create a really great atmosphere. 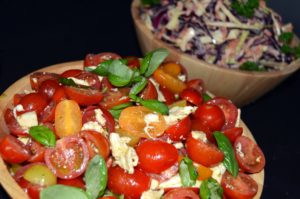 This Hog Roast was a corporate event and the Oriel Ministries selected Menu One for the event. This menu offers a very traditional hog roast buffet and is popular choice among the Hog Roast Launceston team’s clients. The team cooked a slow roasted hog as the centrepiece of the buffet to be served casually on fresh bread rolls. A selection of side dishes included delicious apple sauce, homemade stuffing and crispy crackling created as the hog was cooked in one of the team’s Hog Master machines. The buffet was made fresh onsite using locally sourced ingredients which give the team’s menu such great flavour. In addition, the Hog Roast Launceston team also crafted grilled vegetable skewers as the vegetarian option.

The buffet created by the team was to serve 120 people so it was essential that the food was served on time at 7:15pm so that all of the guests had chance to taste the buffet and return for second helpings. Oriel Ministries were really grateful for the hard work that the Hog Roast Launceston team put into the service and were very pleased with the food. They had a fantastic night and the party was a really great way for them to celebrate the anniversary. In addition, the organisers got to see lots of people who had supported the ministry in the past at the event and it was great for them to reunite. Furthermore, it gave them a chance to give back to the people that had supported and funded the development of the Oriel Ministries’ new premises. The organisation was also really excited by the progress they had made so far and toasted to the next 10 years of fantastic success.